Share a memory
Obituary & Services
Tribute Wall
Read more about the life story of Leslie and share your memory.

Mentor, roll model, avid outdoorsman and family patriarch, Leslie Stromberg, age 95 of Grangeville, passed away from complications of RSV on December 20, 2022 in the loving company of family and compassionate care at Syringa Hospital.

Born November 9, 1927 near Iron River, Michigan, he was the oldest of three sons born to Swedish parents, Charles and Linda (Westerlund) Stromberg. Brother Gerald followed in 1933 with Glen in 1937. His youth was spent working the family farm in the UP of Michigan.

He graduated from Stambaugh high school in 1945 and worked at horse logging until called to military service in 1946. He served sixteen months with the Army First Cavalry division, four weeks of that in crossing the Pacific by ship and back, in the occupation of Tokyo, Japan. He witnessed first-hand the devastation of the atomic bomb.

Leslie married Juliamae Pottala February 10, 1950.  They met while both working in logging camps; she as a cook and he as a sawyer. Following their marriage, Leslie spent time working in underground iron ore mines of the area.  Their daughter, Lois, was born in December 1950 followed fourteen months later by son, Carl, in February 1952. The couple and their young family traveled to Orofino in 1953.  Finding no work there the Stromberg’s moved to Grangeville.

As sawyers in the Joseph/Boles area, Les and brother-in-law Toivo Pottala began their logging careers felling virgin pine. Later the Pottala-Stromberg Logging Company was formed and operated until the partners separated and formed their individual companies in the late 1960’s. Leslie ran a successful logging operation, a firm and fair employer, retiring from that profession in 1990. His wife Julia passed away in January of 2010 just short of 60 years of marriage.

Thrifty and frugal, Les was also generous, donating to many organizations. He was particularly partial to Native American causes, especially those supporting children and Veterans.

A family viewing has occurred and cremation has taken place.  Graveside service and celebration of life will occur this spring with notification to follow. Arrangements are under the direction of the Blackmer Funeral Home, Grangeville. Send condolences to the family at blackmerfuneralhome.com.

Because Leslie loved and cared for many pets and animals, suggesting donations to the Animal Rescue Foundation, Inc., PO Box 72, Grangeville, Idaho 83530 make sense to the family.

To send flowers to the family or plant a tree in memory of Leslie C Stromberg, please visit our floral store. 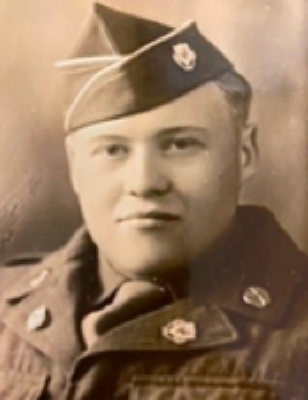