Share a memory
Obituary & Services
Tribute Wall
Read more about the life story of Marvin and share your memory.

Marvin Roy Jackson passed away peacefully on January 9, 2023 at the ranch in Ferdinand. Marvin was born August 12, 1939 to John Dudley and Amanda (Heckman) Jackson.  His mother died when Marvin was 3 and his father married Amanda’s sister Birdie Heckman and was raised as one of her own.  Marvin was the oldest of four children, brothers Roger and Tim and a sister Veronica. The family lived on The Flat Iron outside of Lapwai, Idaho.  Marvin graduated from Lapwai High School in 1957.  He joined the Marine Corps for short time that same year.  Marvin and his brother Roger had many scrappy adventures together until Roger’s death in 1961.

Marvin met Janice Birkeland in 1958 and were married the next year.  In 1960 they welcomed their first daughter Karma Lee, followed by Peggy Sue in 1963 and a son Jeffrey Dean born in 1965. Marvin’s lifelong passions were logging, ranching and tending a fruitful garden. Marvin logged for Oscar Carpenter and in June of 1973 Jackson Logging was established.  Marvin logged with his father and brother Tim in the early years.  His son Jeff later joined him and later his grandson’s joined the crew as well.  Jackson Logging operated for 40 years.  They logged all over the Pacific Northwest spending a great deal of time in Enterprise, Joseph and LaGrande, Oregon and Avery, Idaho.  Jackson Logging was featured in a Loggers World Publication in 1984.  Even while logging Marvin always had a nice herd of cattle, reaching 300 head in the 90’s.  Marvin took great pride in his cattle and could often be found tending his herd any time of day, but especially during calving season.

Marvin never fully retired and had various logging jobs up into his eighties and ran cattle until fall 2022.  Following in his mother Birdies’s footsteps, his roses were his other pride and joy, along with his garden.

There will be a Celebration of Life at the Ferdinand Hall at 3:00 pm on Saturday, January 14th, 2023. Arrangements are under the direction of the Blackmer Funeral Home, Grangeville. Send condolences to the family at blackmerfuneralhome.com.

To send flowers to the family or plant a tree in memory of Marvin R Jackson, please visit our floral store. 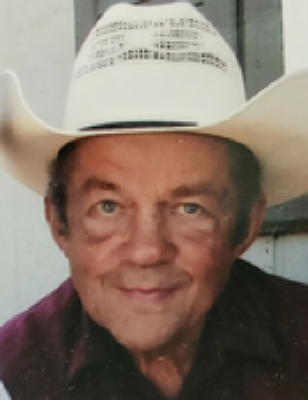