Share a memory
Obituary & Services
Tribute Wall
Read more about the life story of Vernon and share your memory.

Vernon Wolfe Agee was born on April 16, 1932, in a farmhouse on Kidder Ridge, just north of Kooskia, ID, to Eldon and Mayme (Wolfe) Agee. He was followed over the next several years by sister LaVonne and brothers Martin and Loren. They were raised on the ranch and attended a 1 room schoolhouse near the end of the driveway going into the ranch. Dad finished his schooling at Kooskia High School.

While there, he met his lifetime love and partner Kathryn (Kitty) Weld, and they were married on January 12, 1951. They moved onto a small ranch on Harris Ridge, also near Kooskia, and began raising kids and cows. The former were Mike (Rosemary), Chris, Trish (Gary Weeks), Bruce (Janie), and Jack (Cindi). At one time, most of the cows had names too. Dad and Mom lived on the ranch for 67 years before moving to Grangeville in 2018.

Early on, dad worked in the woods some, learned the carpentry trade and served for several years as the postmaster in Kooskia. Later, as the size of the herd increased, he concentrated on being a full-time cattleman until his retirement. During that time, he was active in promoting 4- H, served on the Idaho County Fair Board where he spearheaded the building of a show building that was dedicated to him. He was a member the Idaho County Cattlemen and served on the Idaho Beef Council. He enjoyed going on family picnics, fishing, driving in the country and attending social events and dances throughout the region.

Dad was also a dedicated and very active member of the Masonic Lodge, first at Kooskia Lodge #87 and later at Mt. Idaho Lodge #9 in Grangeville. He also belonged to the Shrine. Dad enjoyed Grangeville Border Days and spent many hours preselling tickets to the Masonic Breakfast and talking his way up and down the streets of town. In 2015 he was honored to be Grand Marshall for the Border Days celebration.

Dad was preceded in death by Mom (after 71 years together), his parents, his sister and brothers and a grandson (Aiden).

Dad passed on Sunday, December 25, 2022 at Royal Plaza Health and Rehabilitation Center in Lewiston. We will all miss him, but he would tell you that he had a long and good run.

Cremation has taken place and Memorial services will be held at a later date. Arrangements are under the direction of the Blackmer Funeral Home, Grangeville. Send condolences to the family to blackmerfuneralhome.com.

To send flowers to the family or plant a tree in memory of Vernon W Agee, please visit our floral store. 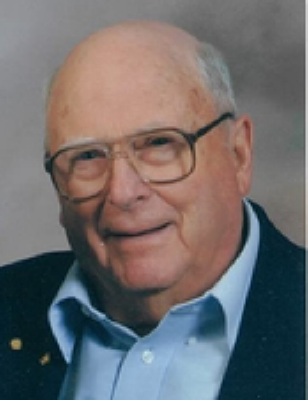