Share a memory
Obituary & Services
Tribute Wall
Read more about the life story of Wayne and share your memory.

He was born to Wayne and Elizabeth (Betty) Cornett in lone, Washington on July 27, 1952. He was one of 5 children, Art, Liz, Barb, and Betty Mae. Wayne attended school in Grangeville. He worked various jobs from mechanic at Blake's Husky Station; ranch hand in Wilson Creek, WA., Ramsey Custom Hay Ranch and Rainey/Anderson Ranch in Oregon; OK Tires in Grangeville; and many years at Napa Auto Parts in Grangeville until he retired.

He married Lindy and had two children; Marty and Missy. Next, he met Shamra and added Shantel and Quirt. Upon meeting Peggy Wright and her son; Nathan, in 1991 they began a life together, later adding Dustin to the family.

Wayne loved being with family and friends, camping, hunting, and riding around in the mountains. He loved tinkering on lawnmowers, 4 wheelers and his many pick-ups.

A celebration of life potluck will be held at the Grangeville Eagles Hall April 15, 2023 at 1:00 pm. A private burial will be at a later date at John Day cemetery. Arrangements are under the direction of the Blackmer Funeral Home, Grangeville. Send condolences to the family at blackmerfuneralhome.com.

To send flowers to the family or plant a tree in memory of Wayne M. Cornett, please visit our floral store. 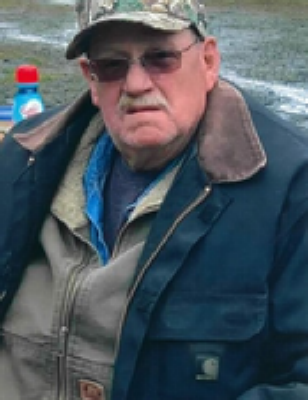